The Berkshire Meeting: My Favorite Weekend of the Year

As I sit here reflecting on the past weekend I can’t help but realize how it is by far my favorite weekend of the year. The Berkshire Hathaway Annual Shareholder Meeting brings together such an extraordinary group of people from all around the world. Just this year I saw or talked to Muhtar Kent (CEO of Coke), Larry Van Tuyl (new Berkshire Auto Dealer subsidiary), Carl Ice (CEO of Burlington Northern), Becky Quick, Jean Marie-Eveillard, Bill Gates, and plenty of super talented investors. OK these might not exactly be household names but they are big in the investment and business world. And this is in Omaha, Nebraska no less!

I have found that most investors are kind of lone wolves. We sit in our homes and offices, read voraciously, and think about the world and the businesses we invest in. 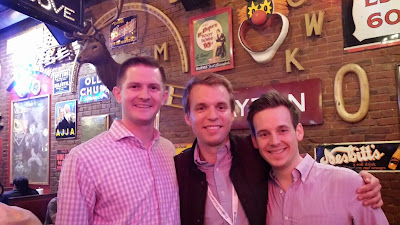 Quite a few of us exchange emails or post on message boards but oftentimes there is not a lot of face to face interaction with our peers. Except for the Berkshire weekend, where we get to meet the faces behind the forum name! This is one of the few places where we can actually talk shop. I’m sure plenty of the people in my social group get bored of me talking about my stocks. But here there are people whose favorite topic of conversation is stocks!

For example, on Sunday after the Markel meeting I hung out with a couple of investor buddies just talking about what our favorite businesses were, bad investments we’ve made, and hypothetical scenarios. Like could Berkshire and 3G Capital buy Coca-Cola, and then trying to design a deal that worked (it is close by the way). While we were doing this Andrew Ross Sorkin walked by, unfortunately he had to work so we couldn’t pitch him our idea, which I think would make for an interesting Dealbook article.

The whole weekend is just go-go-go but it is so intellectually stimulating that it doesn’t even matter. Until Sunday night when my body crashes from the lack of sleep, I guess staying up for 22 hours on Saturday will do that.

I always enjoy showing people around Omaha for the first time because I remember the first time I went to the Berkshire Meeting so many years ago. It was such a moving and eye opening experience that I vowed to never miss one again (so far I have been successful). 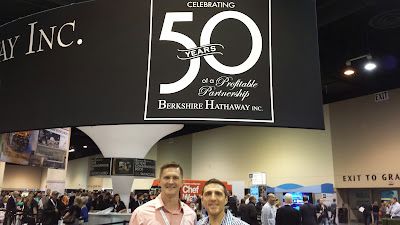 Normally, I am content to just get a seat in the Century Link Center and do not get in line terribly early. But this year I decided to get in line a little extra early, at 4:15 am, to get a good spot on the floor and chat with other diehards. For those that have not attended the meeting it starts with a 30 minute movie. Of course Warren Buffett & Charlie Munger are the stars, along with the Berkshire managers, and GEICO’s various mascots (Hump Day Camel and the Gecko). It is rather corny but always good for a laugh. This year the movie featured Ellen DeGeneres, Little Richard, Arnold Schwarzenegger, Jamie Lee Curtis, and was directed by John Landis the director of Animal House and Blues Brothers. The highlight for me was when Buffett challenged Floyd Mayweather to a boxing match. I was impressed by Warren’s trash talking, which unfortunately had to be mostly bleeped out because of profanity. I find an old man swearing to be way too funny!

Following the movie we enter 6 hours of Q&A with a 1 hour break for lunch in the middle. This is what I come for. 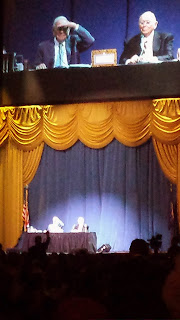 Many of the same questions are asked each year and they normally get similar answers. Warren usually gives long winded answers to good questions and Charlie generally does not add much. His catch phrase is “I have nothing to add”. But when he does add something it is nearly always very blunt, and rather hilarious. And sometimes he will give a long-winded answer, at which you normally realize that was one of the most intelligent things you have ever heard. They banter back and forth quite well and make one heck of a team.

This year there were some great questions about Berkshire’s partnerships with 3G Capital and their acquisitions of Heinz-Kraft. 3G has a history of cutting costs out of businesses, especially in businesses that are not well run. Some people were rather bothered that sometimes the cost cuts involve cutting jobs (normally at corporate headquarters). Buffett responded by saying that no Berkshire company has a policy of employing more people than it needs. And Munger thought if companies allowed themselves to over hire they were moving towards a socialist or communist country. So he chipped in with a quote about the communist USSR: “They pretend to pay us and we pretend to work.”

After a question about Berkshire’s investment in IBM Charlie also chipped in one of his funniest quotes of the day:

“Warren, if people weren’t so often wrong, we wouldn’t be so rich.”

In another exchange Buffett talked about his biggest mistakes being missed opportunities. But he’s never willing to take risks that might endanger the net worth of his partners, the shareholders. They could use more leverage, to which Charlie responded:

“But we would have been sweating at night. It’s crazy to sweat at night.”

Buffett: “Over financial things.”
Munger: “Over financial things.”
Buffett: “Well, we won’t pursue that.”
Another favorite of mine was a question about whether France should abandon the Euro and revert back to the Franc as a currency, and whether the Euro was a good idea or not. To which Charlie gave his best quote of the day:
“I don’t have the faintest idea . . . It’s a flawed system in some ways to put countries that are so different together. You can’t form a business partnership with your frivolous, drunken brother-in-law.”
Buffett: “Everything here is off the record.”
As you can tell Warren and Charlie add a very nice dose of humor to the meeting. During the meeting I couldn’t help but think to myself how much both of them enjoy sharing their wisdom and thoughts on the world. They might not have the titles but they are both teachers.

At the shareholder meeting there is also a convention hall with booths from the various Berkshire companies. Naturally, you can purchase their products such as Dilly Bars from DQ, cowboy boots from Justin, car insurance from GEICO, Fruit of the Loom underwear, books from Bookworm, See’s Candy, and numerous other things. They keep detailed records of how many items are sold at the meeting, and like the meeting itself, the records grow each year. 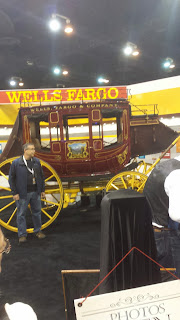 Wells Fargo Stagecoach, a Berkshire holding, in the convention center that was built in Letcher, SD (REPRESENT!)
http://www.wsj.com/articles/horse-drawn-carriages-fetch-luxury-car-prices-1430345003

For me, the weekend holds a special place in my heart because it is not all about investing. I always stay a few extra days because a lot of my extended family lives in Omaha. My Grandmother grew up in Omaha and as a child I always loved to hear her stories about growing up. I’ve always enjoyed listening to people’s life stories and when I first read Snowball, a biography on Buffett, I couldn’t help but be reminded of many similarities in her childhood and Buffett’s (they were born just a year apart). 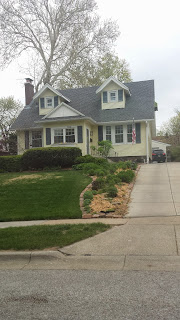 The house my Grandmother grew up in on 44th and William St.

While most of the weekend is dedicated to investing events I always make time to see as many of my family members as I can. My Great Aunt and Uncle Pat and Peg are always gracious hosts and I really treasure all of my late night conversations with them (maybe that is why I don’t get enough sleep). 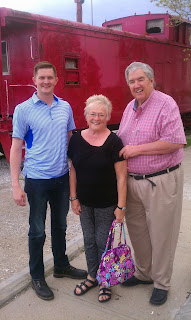 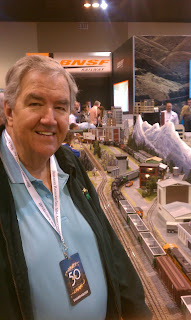 I also have a number of younger cousins who I enjoy spending time with. They are all intelligent and great kids in their own respects and I cannot wait to see where life takes them! 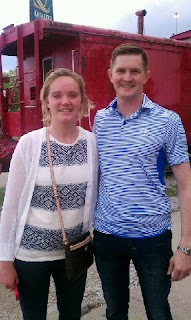 Megan and I. One of the super talented cousins I mentioned

Speaking of life and where it takes you, I find myself so grateful that I have stumbled into a life and job that I enjoy so much. And this gets me thinking about what will happen when Warren and Charlie are no longer with us.

What will that mean? Will there still be this Woodstock of Capitalists? Berkshire will no doubt continue to be one of the greatest companies in the world. A true testament to Warren and Charlie's design. But, what will happen with the Annual Meeting? Will it die off, and will these few amazing years I got to enjoy become a distant but extraordinary memory? I do not know, and I really don’t like thinking about it.

But, what I do know is that I will enjoy every moment of how ever many meetings we have left. Because when I am older I know that I will dearly miss these very special days on the first weekend in May.

Posted by Anthony Morley at 11:42 AM No comments: